Ron Brander had researched a route that seemed to link several locations of significance to the Pictish tribes (Ron Brander, personal correspondence). The route starts at the Glacks of Balloch and ends at Milton of Lesmore. See it on Bing here.

This route has a rich history and mythology, including giants, ‘worms’, ‘ghosties’, hut circles and a Neolithic henge. A massive windfarm in Clashindarroch forest now covers an area of this route.

I had done several 'haikin aboot' expeditions with Ron and Jake Williams, where we walk slow, chat a lot and look at everything. The first part of the Pict Road was one of those trips- it took a whole day to do four miles. 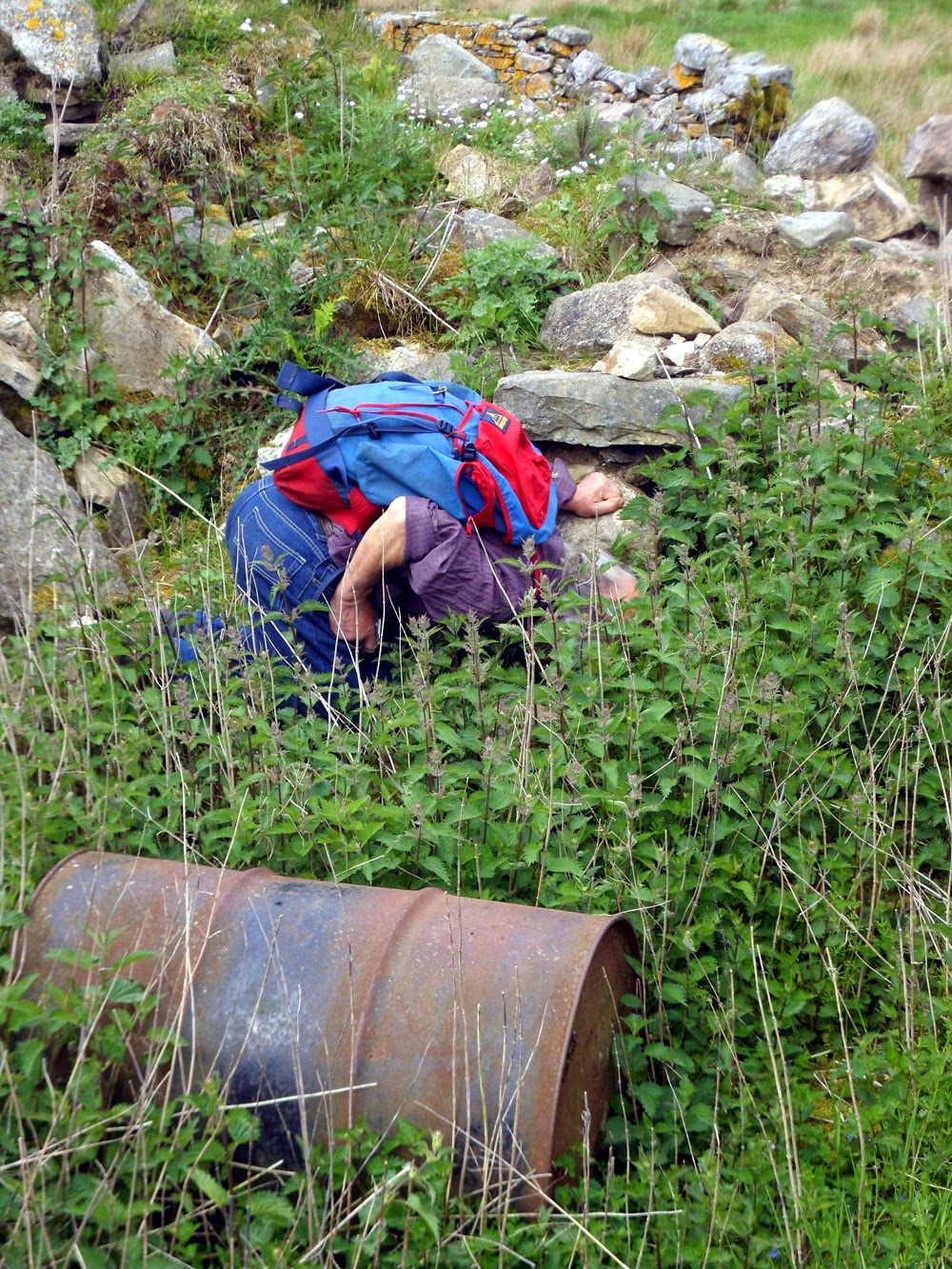 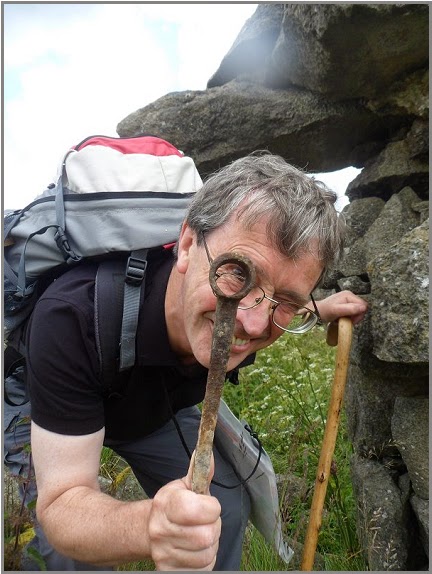 it is forbidden to exceed

to a Neolithic henge

The next outing, Ron and I walked part two. It was a very different experience. We came to the top of a peatbank and stumbled right into the Clashindarroch windfarm under construction. 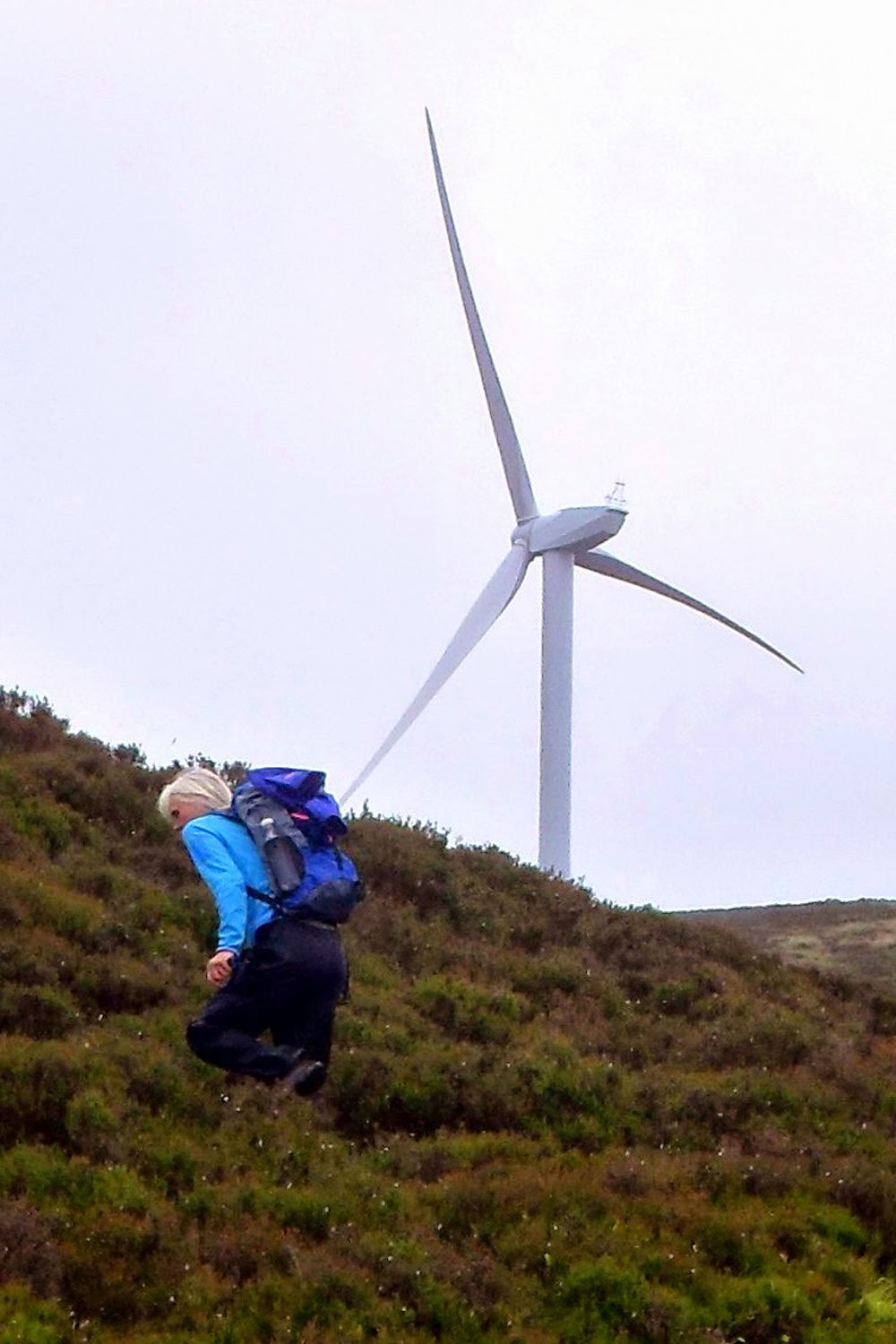 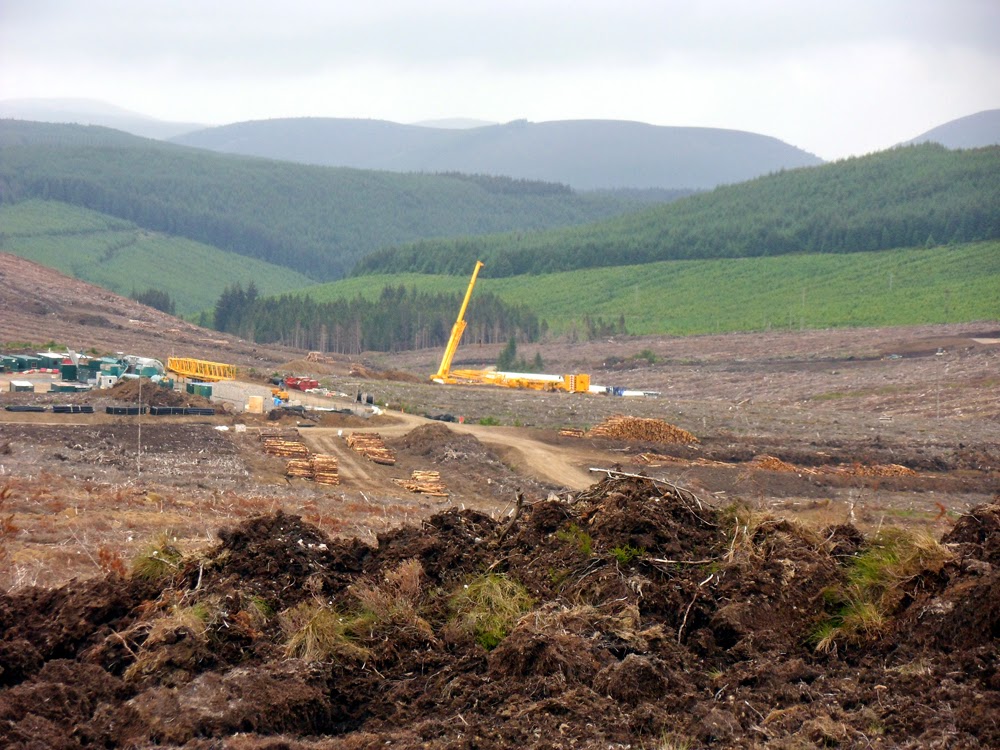 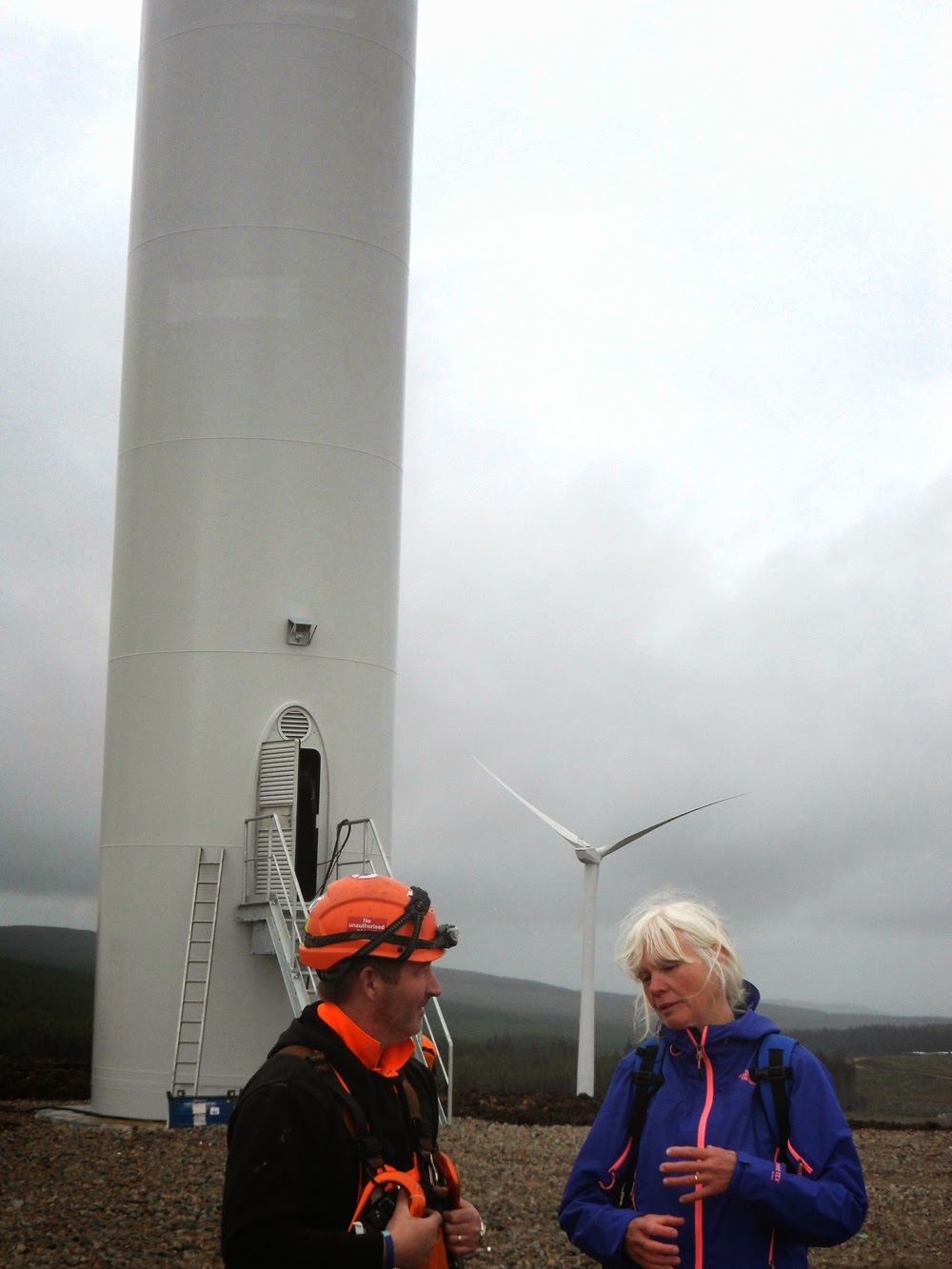 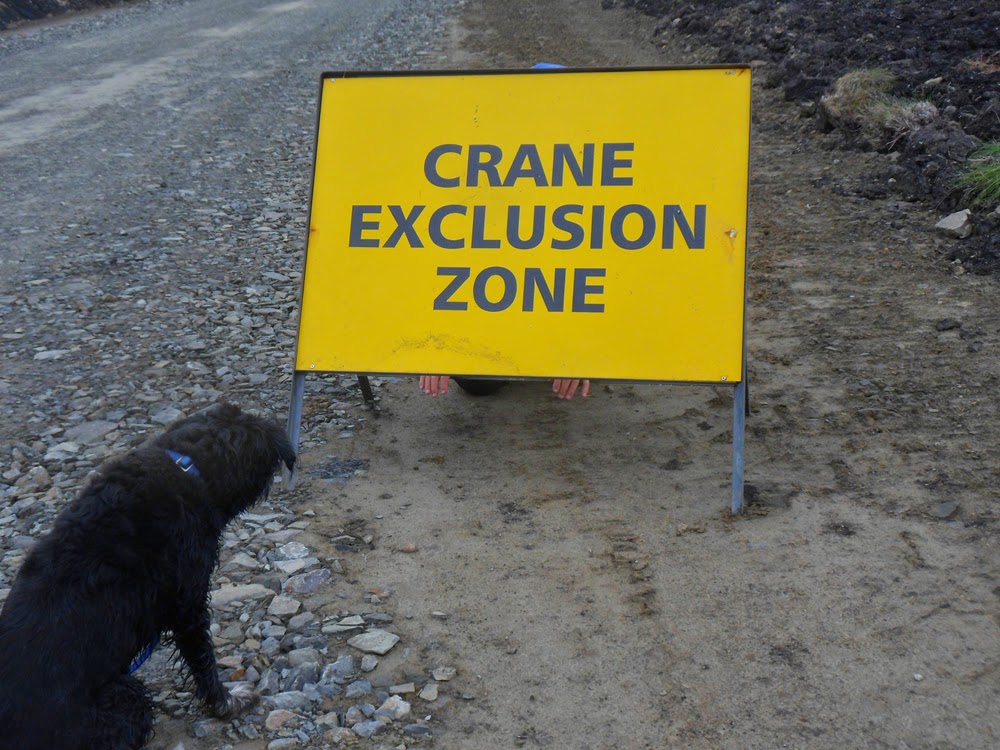 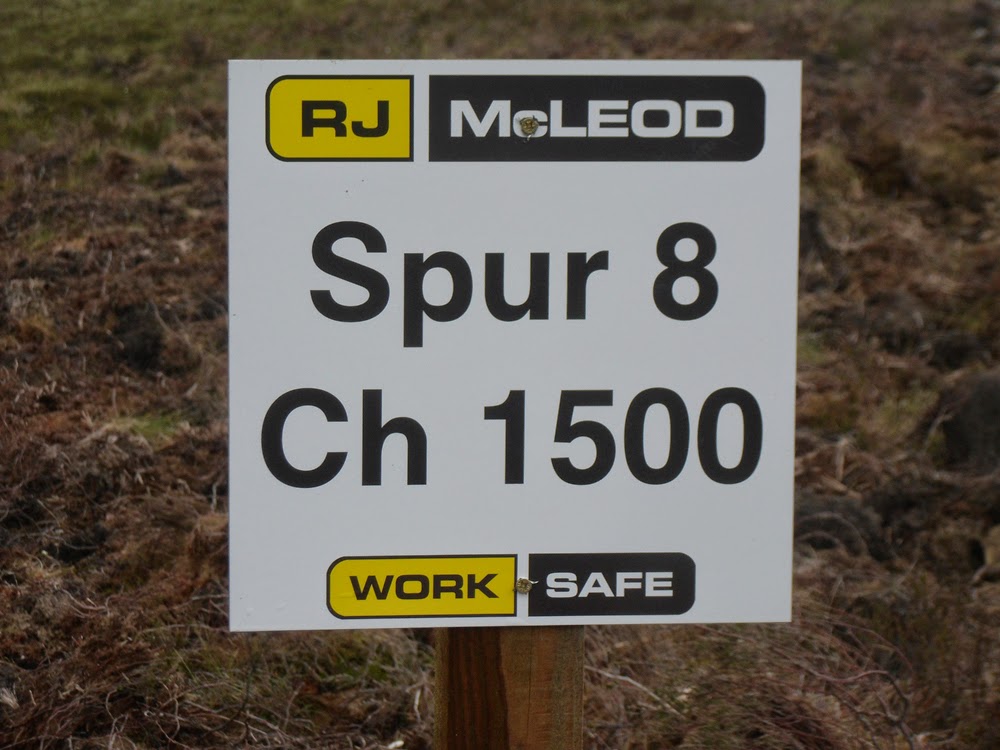 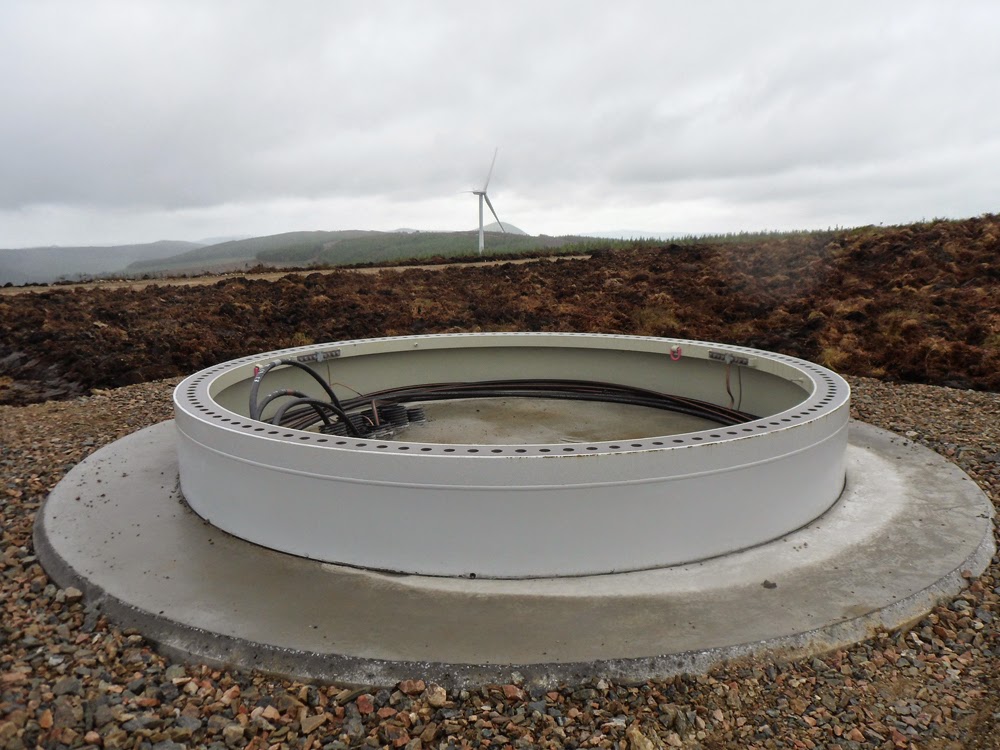 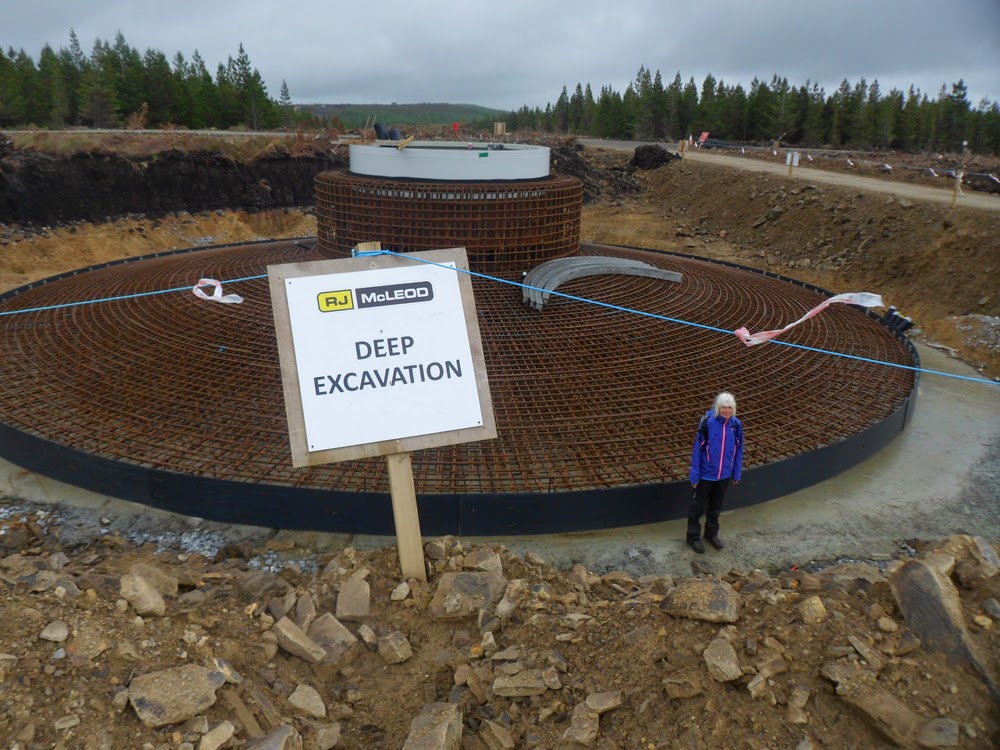 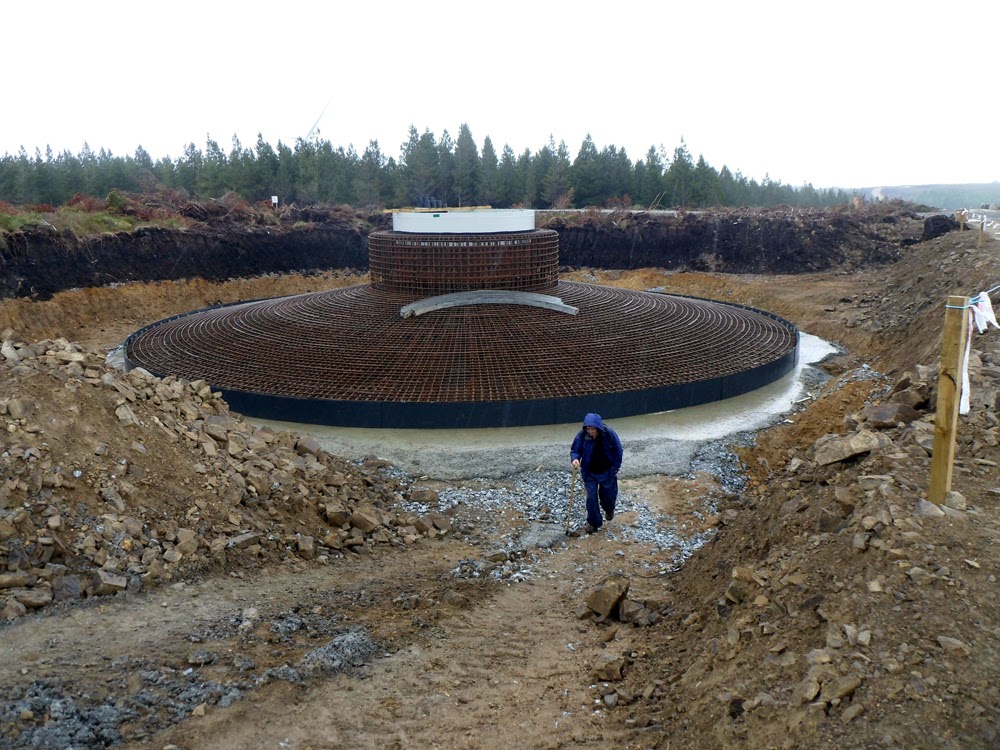 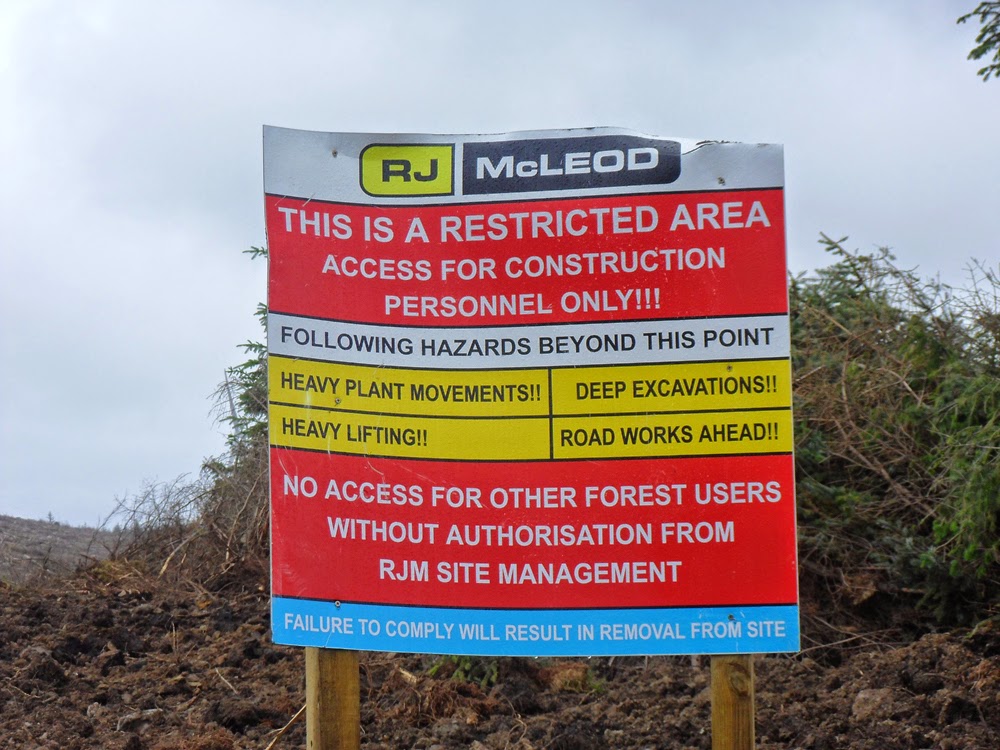 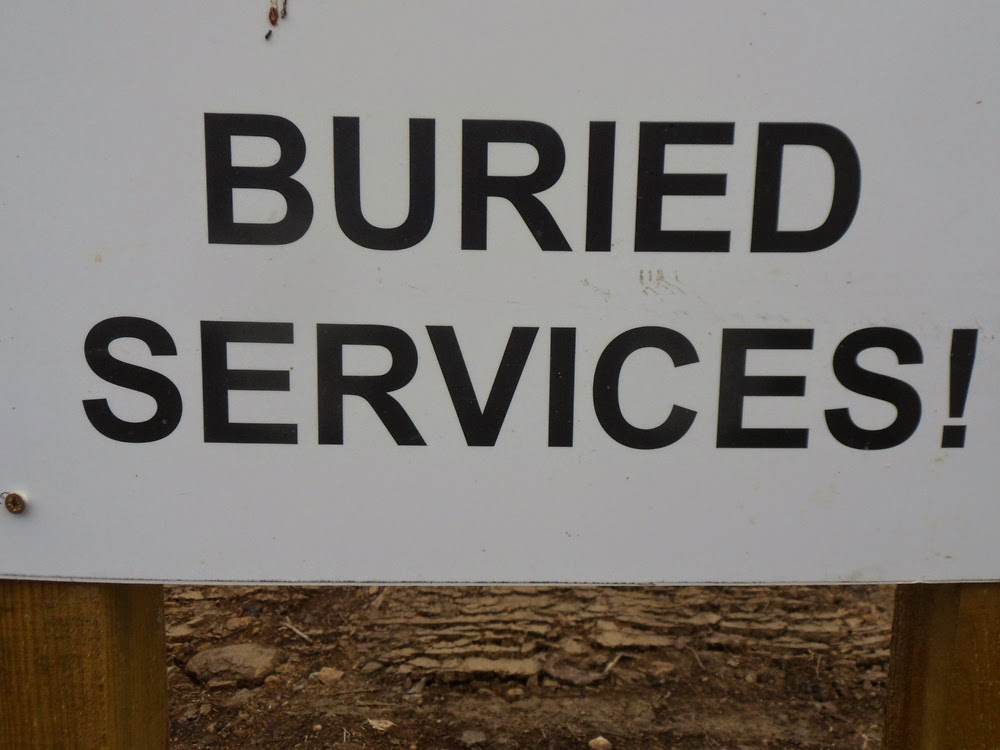 lunch in a DEEP EXCAVATION

under a concrete pouring machine