Alec Finlay has imagined walks between some colour place names in the landscape (Alec Finlay: Some Colour Trends ). Alec was interested to know how the names relate to reality in nature, and if walks between them were actually possible. So I went to explore. 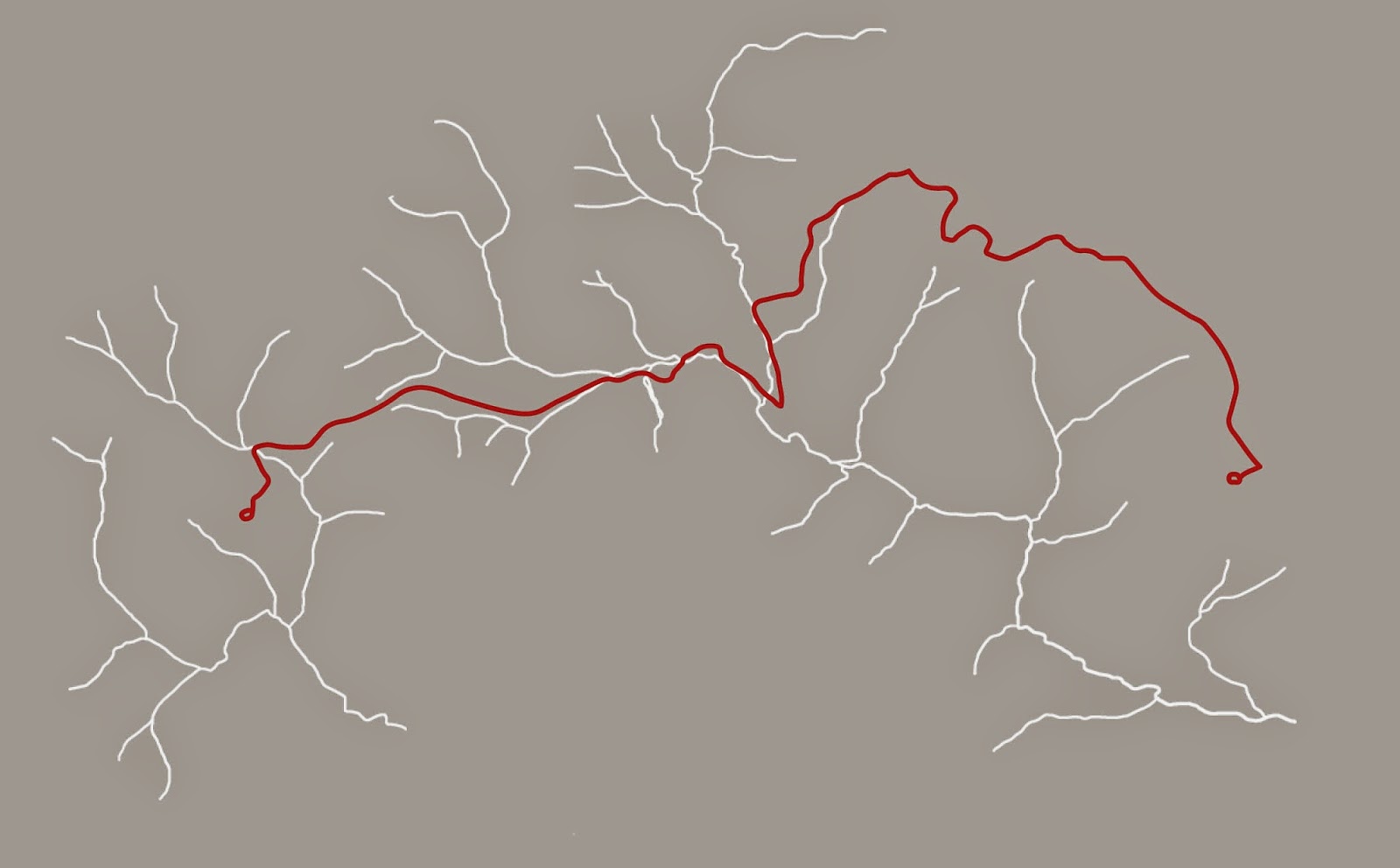 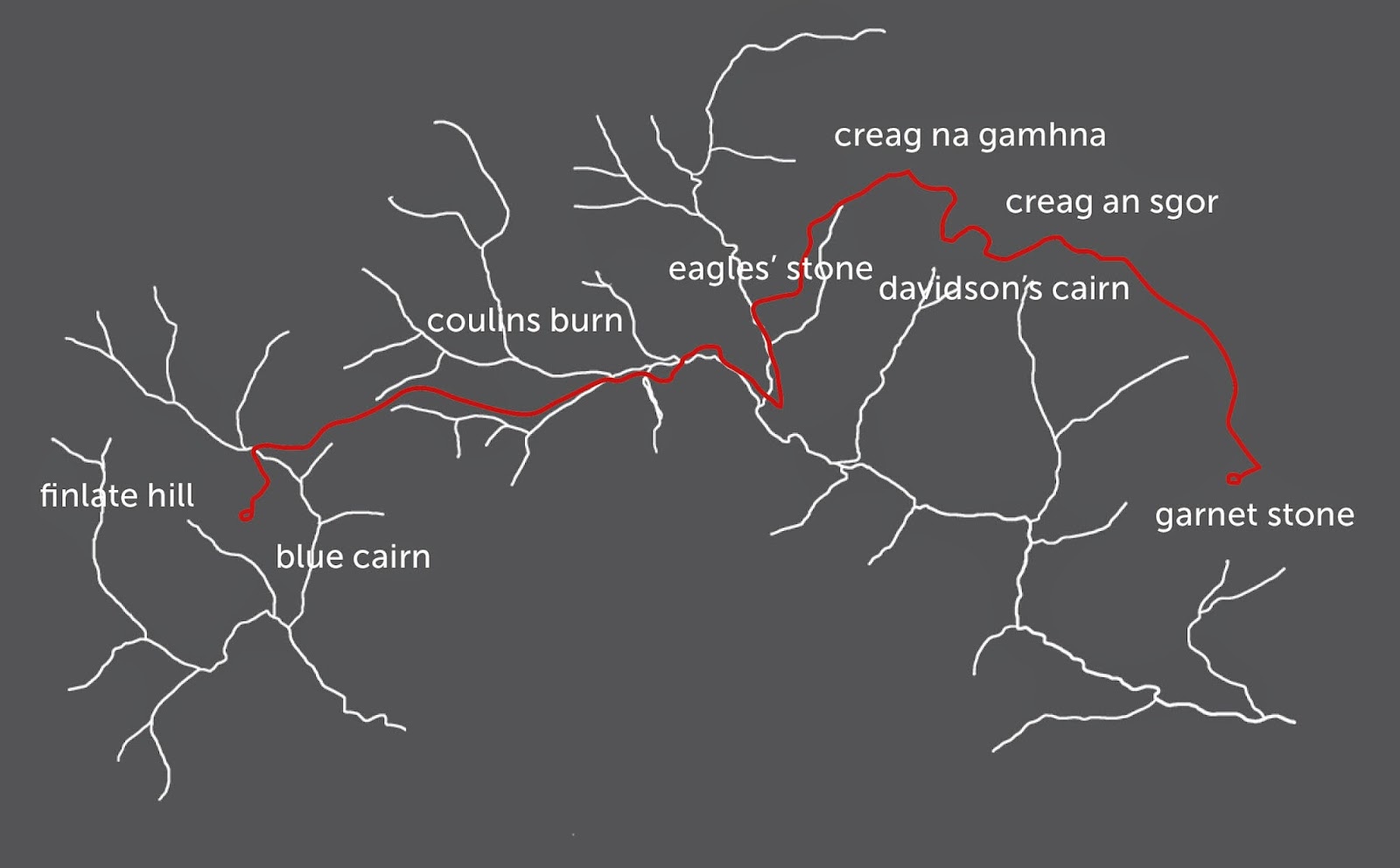 why was this one

One of Alec’s conceived walks around Glenbuchat was between two burns: Allt na Greine to Blacksnake Burn.

Alec researches the meaning of place names through multiple sources:


OS, Blacksnake Burn; Milne gives G., snàig, to creep or crawl, for a slow-maundering burn, but, according to Watson, the name is Black Sneck, from the Sc. sneck, a notch between two hills, or, in Alexander, a cut on the horizon. In the Peak District sneck is used in a similar topography to refer to a latch.


On a misty dreich day, I went to find the Blacksnake burn. 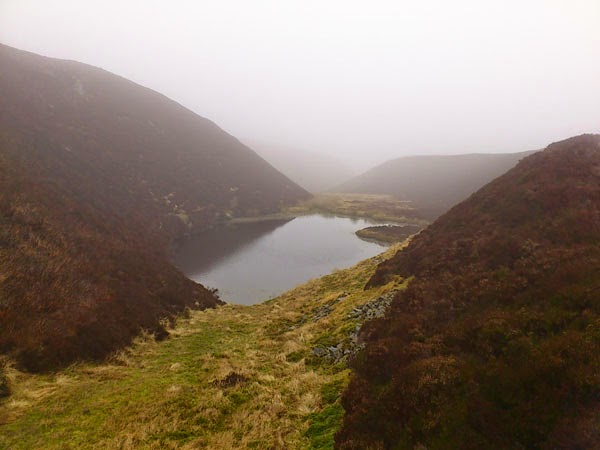 
curled  in a  cleft


the notch  of the loch


that unlocks the latch


of the watershed   which


feeds the divide  I looked


on as the mouth opened


into the dark head


to creep, or  crawl


a notch  between hills


whose  head she  has


seen  in the  shape


Another walk Alec and I created connects ‘breac’ place names. Breac means 'speckled' or 'spotted'. It is a common feature in the natural environment-from trout to scree. Alec had found two hills in quite close vicinity with breac place names: Dubh Breac and Breagach.

I  had walked there before, but set out to explore Dubh Breac more closely. At first sight it seemed just another amorphous lump with no distinguishing features, but on the top I found the most unusual circular white patches of stones. 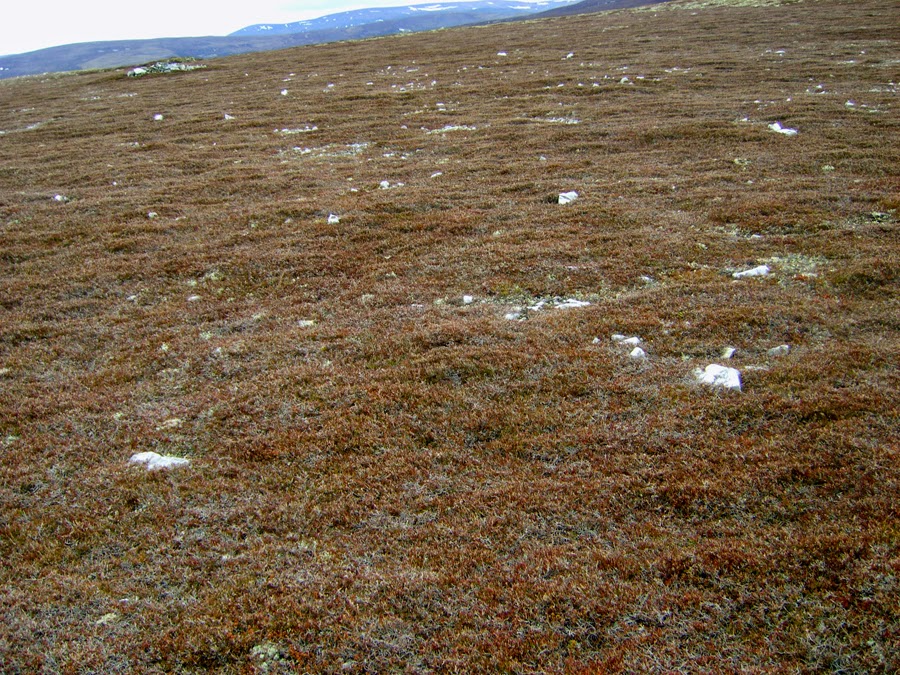 keep on till the last

up the bleak slope

We have also created routes and maps for some of Alec's other colour walks:

Blue Cairn to the Garnet Stone

White Well to Well of Cul-dearg

Ca-du ford to Bridge of Avon

Detailed walking routes can be found on www.deveron-arts.com (soon)